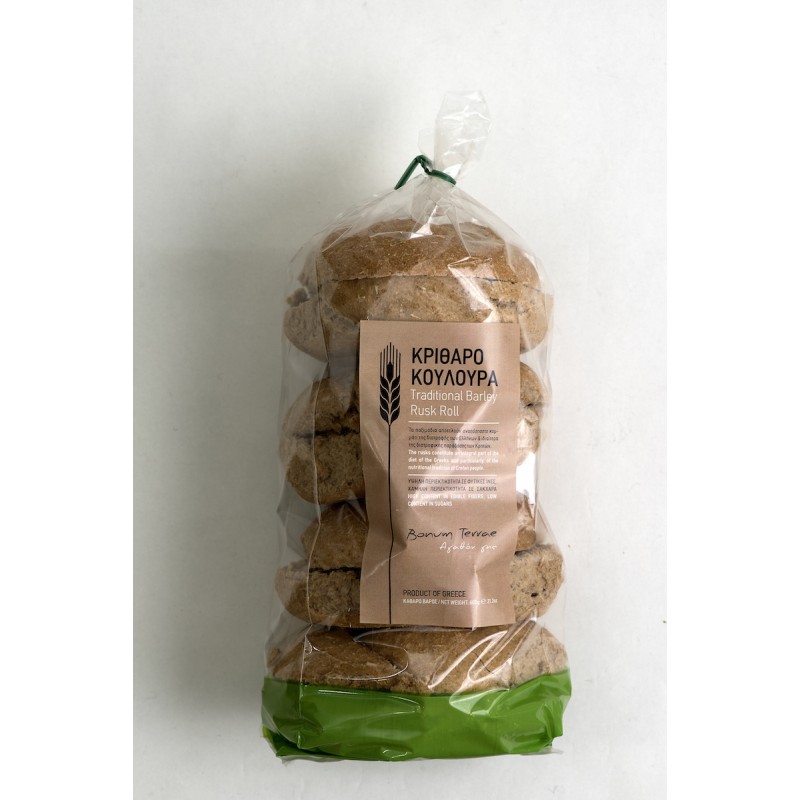 Our Protected Geographic Indication Barley rusk from Crete is traditionally by Cretans and Greeks in general in the famous "Dakos" salad.

Bonum Terrae have chosen its rusks to be made in Crete. The rusks constitute an integral part of the diet of the Greeks and particularly, of the nutritional tradition of Cretan people.

Bonum Terrae offers Traditional Greek rusks without preservatives, with high content in edible fibers and low content in sugars. A variety of rusks, such as the classic "Kritharokouloura" PGI product for the famous Cretan "Dakos" salad, the tradtitional recipe of Kithira isl., mini barley rusks or larger rusks.